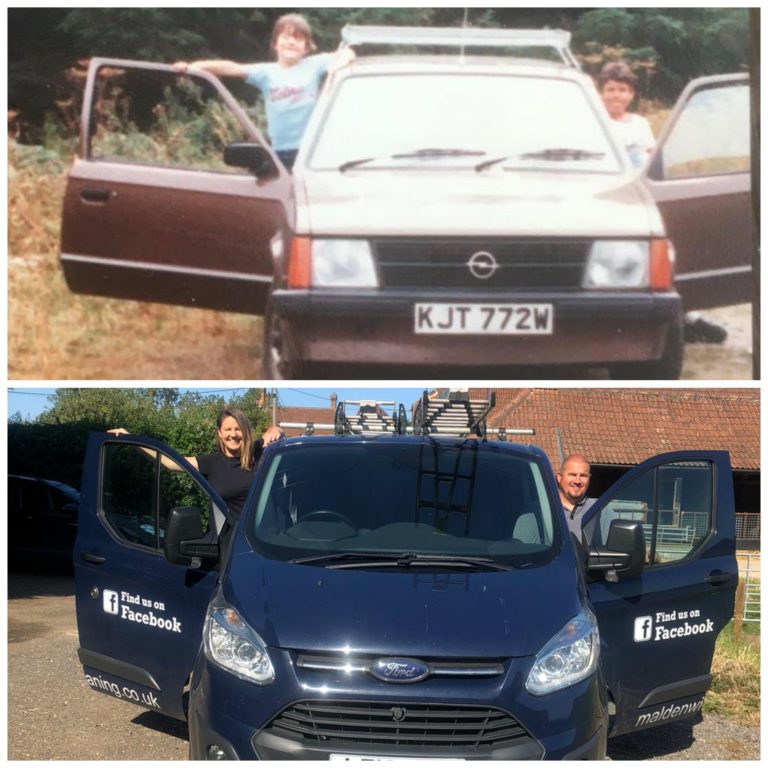 Malden Window Cleaning in its current form has been established as a limited company since June 2017, but that wasn’t the beginning.

Malden Window Cleaning in its current form has been established as a limited company since June 2017, but that wasn’t the beginning.

In 1988 Rob Malden became disheartened in his employed work and made an off the cuff remark to his colleague John, that he thought they could make more money cleaning windows than they could in their current position.  John agreed and said he knew someone who wanted a window cleaner so, with that, they bought some window cleaning equipment, stuck a ladder on Rob’s roof rack and set off to find some customers.

Unfortunately for John, he had a sudden realisation that he had a dislike of heights and was unable to do the ladder work!  Rob enjoyed the work and the freedom of working for himself and continued to take on customers.  The local Army base became a very lucrative source of income and really got the ball rolling.

A year or so later and after a couple of close calls with the ladder, Rob decided to take someone on, both for safety and a bit of company. Pete started to work with Rob and they formed a good team as the business started to grow. Rob put an ad in the yellow pages (before the days of social media) with the tag line ‘Do you need a regular and reliable window cleaner?’ and although he worried about the cost of his first paid advertising he soon realised the small advert would pay for itself in pretty quick time!  Rob’s son Kevin would also go out with them during the school holidays and this began the start of the family business. 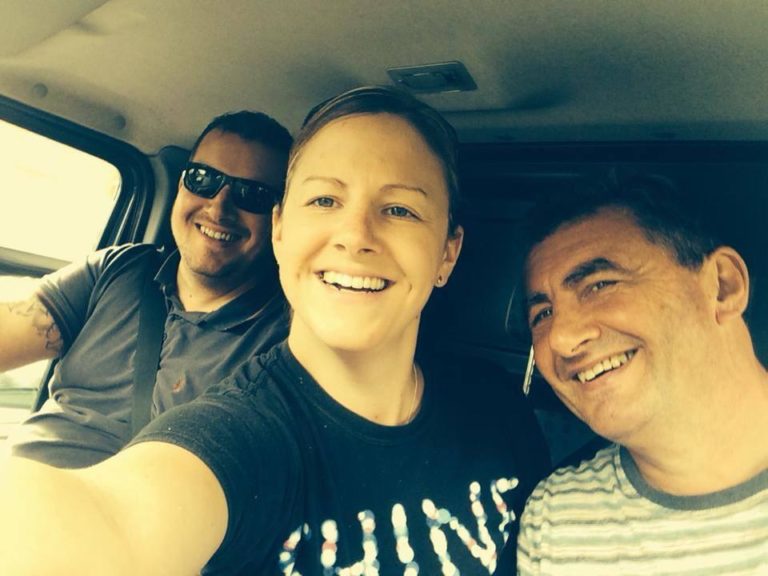 Fast forward 10 years and Kevin began to work with his Dad full time, Pete had gone his own way and at the beginning of 2002 Rob purchased their first van as Kevin continued to learn the trade and support his Dad while working alongside others in the business.

The business progressed and in 2016 had some major investment in what was a relatively new method to the industry, the Water Fed Pole system.  Rob bought his third van and had this one kitted out with the new system. At the same time they started to use the name Malden Window Cleaning.

Rob & Kevin had mastered the art of what became known as traditional window cleaning with many loyal customers and a small team of workers but the Water Fed Pole was a steep learning curve!  A couple of the guys couldn’t get to grips with it and some customers were skeptical if the pole system would result in clean windows.

Kevin took charge of learning the new method and showing customers how the system worked.  Rob & Kevin made the decision to split the work between easier jobs that could be done with a traditional clean and the larger jobs with the water fed pole.  In addition any new customers would be done using the WFP.  This system progressed well and a second van was soon kitted out with the WFP system.

After a busy Christmas period in her retail job Victoria was having a conversation with her Dad, Rob in early 2007 and asked “what do you think of having a female window cleaner?”.  His response in typical fashion was, “I don’t care what they are as long as they can clean windows!”  And before too long Victoria had joined the family business.  There is a middle sibling but we call him ‘the sensible one’ and he has had a successful career working for the John Lewis Partnership.

Victoria joined Kevin on the WFP to learn her new trade. While they both supported their Dad in growing the business Rob also had a hand supporting his adult children in their lives, taking up the role of main carer when Victoria had her 2 children over the next 5 years so she could return to work. Kevin’s own children were now of an age to come and help and Victoria’s did too, as they grew up.  Kevin also began to take care of the admin side of the business, keeping things in check and organising the work for the following days to come.  It was difficult to find the balance between the admin and being out making sure windows were cleaned so Kevin suggested getting his Mum involved.  She had a background in book keeping and the necessary skills on the computer.  Rob & Jane were long divorced but amicable and Jane was happy to help, as a way to help her children grow the business, making it a real family affair!

The next few years saw the fleet increase to 5 vans with the original ones being replaced and all vans fitted with the WFP system as customers became much more familiar with how it worked and by now many other window cleaners using similar systems.

In 2016 Rob decided he wanted to move home to somewhere with a slower pace of life, so in early 2017 Malden Window Cleaning found premises to rent with room to store the vans and set about establishing themselves as a Limited company.

Rob took the helm while Kevin and Victoria continued to be out working and building customer relationships. Along with the 3 of them they had a small team of reliable people working with them and a customer base of over 1300.  Kevin & Jane implemented a cloud-based system to keep customers and rounds organised as numbers increased.

2019 saw another change with Rob wanting to take a few steps back and Kevin took more control of running the business, with Victoria supporting him in working with the guys, increasing work through advertising and the general day to day running.

Bringing us up to date, 2020 brought it’s obvious challenges but fortunately the business has remained strong and steady with customer numbers now reaching almost 1500.  Kevin and Victoria continue to take more of a controlling interest and have plans to increase the business further.

That original tag line has stayed with them and Malden Window Cleaning Ltd continue to offer ‘a regular and reliable service’.  They pride themselves on their family values and hope to show that through their high standards of work, offering great customer care,  reliability and a service you can trust.

From Ascot to Hampstead Norreys and everywhere in-between!

We have been cleaning windows in Reading and the surrounding areas for many years, expanding our services into new places as and when we have had enquiries. If your area is not on our map but you would like a quote from us, then please do get in touch. We are always looking to expand and we will aim to accommodate wherever we can!

We are a family run window cleaning business with over 30 years of experience.
We offer a friendly reliable service, covering Reading and all surrounding areas.